Britannia Rescues 10 Migrants Clinging To Wooden Boat In The Mediterranean 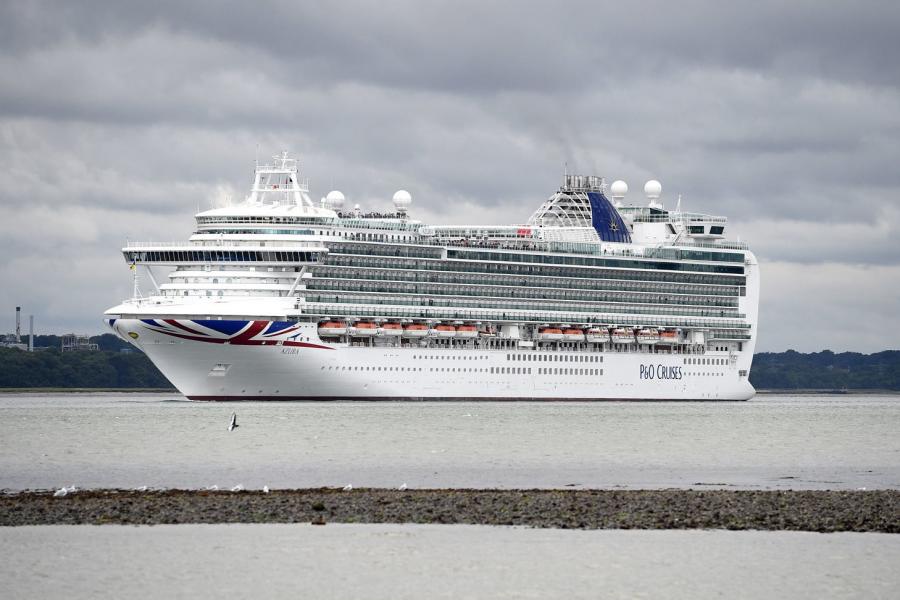 British cruise ship passengers on a luxury trip round the Mediterranean woke up to find themselves in the middle of a mission to save a group of stricken migrants lost at sea.

Holidaymakers on the P&O ship Britannia, were alerted by the “man overboard” siren early on Monday morning.

It is understood 10 men, of North African origin, were spotted clinging to a wooden boat 26 miles off the Spanish coast.

They were shortly taken aboard the 143,000-tonne ship before being escorted away by the Spanish authorities.

The ongoing migrant crisis has seen huge numbers of people – close to 1.5 million – attempting to cross land into Europe by boat since 2015.

One onlooker said: “There was a tiny little boat in the water. We saw a lot of people in it. It was absolutely pitch black.

“The seas were fairly calm but we were completely in the middle of nowhere. The captain said they had a legal and moral duty to help these people but I didn’t hear anyone complaining.”

The £473 million had journeyed from Southampton earlier this month, setting sail for a tour of Spain, France and Italy.

A P&O spokesman said  “Working with local authorities, Britannia aided in the search and rescue of a number of migrants off the coast of Almeria.

“They were then handed over to the Spanish authorities.”

Spanish authorities say good weather conditions had led to an influx of people attempting to cross the sea in recent weeks. More than 100 migrants were rescued by coastguard officials off the coast of Almeria on Sunday.